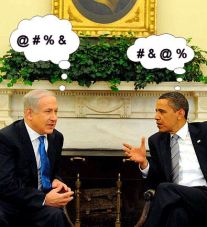 Somber reflection accompanied Holocaust survivors visiting Auschwitz.  Again their eyes took in railroad tracks once laden with human-filled cattle cars.  They overcame trepidation to once more trudge through the iron gate heralding Arbeit Macht Frei–Work Sets You Free.  But it was not work that freed Jews from the horrors in that concentration camp, it was the Russian army advancing on Hitler’s collapsing Reich.  All across Europe Allied soldiers were discovering the atrocities perpetrated by Nazis enacting their “final solution” while the world, through grainy footage and black and white photos, was numbed by the immensity of the work camps, the discovery of gas chambers and furnaces, countless barracks packed with emaciated, despondent Jews.  “Never forget” vowed the globe in reaction to the systematic extermination of six million people.

But seventy years removed from that genocide, lacking strong leadership from the United States, the world has forgotten.  From its inception in post-Holocaust gloom, Israel has scrapped through persistent war, its Muslim neighbors intent on eradicating the prosperous Jewish state.  From Gaza fly rockets to murder innocent Jews while Iran, erasing Israel a stated goal, nears the creation of a nuclear missile capable of precisely that.  Obama, meanwhile, dithers to the point of abetting not only Iran, but the spreading brutes of ISIS, who would relish video of Jewish heads lopped off, who are too zealous in their hate to find patience for concentration camps; the Holocaust they intend will be a chaotic frenzy of murder.

Muslim atrocities, sadly, never rile Obama’s ire–he fails to even acknowledge Islam has a role in the worldwide spread of terrorism.  With America’s helping hand retracted from the Israeli people and United States ambivalence stoking that global surge of Muslim violence, Jews once more face not only odious hatred, but the sort of indifference that allowed the Holocaust to take root and thrive.  And President Obama, intensely jealous of Benjamin Netanyahu, refuses to even meet that prime minister during an upcoming visit to Washington … fore, anyone?